Mario Flaherty is on the gains list as Sam Chadwick analyses who should be in and out of your BBL Fantasy Basketball team this weekend. 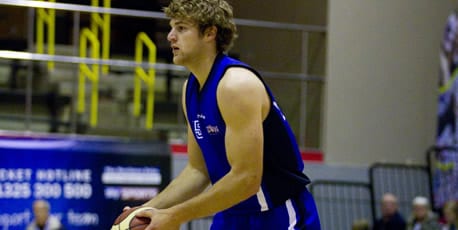 Friday see’s 2 games with the Mersey Tigers playing host to league leaders Newcastle Eagles while the MK Lions take on the Durham Wildcats.

One game takes place on Saturday with the Wildcats playing on consecutive nights, this time against the Leicester Riders.

The final day of the weekend has the Cheshire Jets at home to the MK Lions who played Friday Vs. the Wildcats, while up in Scotland the Glasgow Rocks take on the bottom of the table Guildford Heat.

Forward – Demarius Bolds – The BBL’s leading scorer plays twice this weekend meaning if he scorer well in both, you could end up with double points, from a fantasy point of view he is also the 2nd overall player and 1st overall Forward, he is expensive at 5 stars but should be worth it this weekend.

Forward – Bill Cole – The Cheshire Jets play the MK Lions on Sunday and with the continued absence of Matthew Schneck it means Bill is a great pick up, he got 44 points against the Mersey Tigers on the 2nd of December and 28 on the 4th against the Durham Wildcats. He also comes relatively cheap at just 3 stars.

Forward – Andrew Sullivan – Look for Andrew to bounce back this weekend against one of the leagues lower teams, last weekend he scored 0 fantasy points after committing 4 turnovers and 2 fouls but should be good for at least 15 points this weekend.

Centre – Mario Flaherty – Mario and the Wildcats play twice this weekend, both winnable games, however those victories hang in the balance of solid play from Mario, if he is as good as he can be the Wildcats will flourish, if not expect them to come away with 2 losses this weekend.

Guard – Nuno Pedroso – Would you be surprised if I told you the Lions 3rd highest fantasy player is Nuno? Don’t be after he scored 29 fantasy points in their last outing against the Worcester Wolves, he is owned by a total of 20 teams and at 2 stars could potentially be a steal this weekend.

Guard – Ralph Bucci – after scoring 20 points to go with 12 rebounds last weekend against the Cheshire Jets Ralph Bucci is among the league leaders in fantasy points, with two games this weekend he could be a great addition.

Guard – Mychal Green – As long as the Rocks have a game expect to see Mychal on this list, he has been un-stoppable as of late and this weekend’s game against bottom-dwellers Guildford Heat could be another white-wash.

Forward – Daniel Northern – The third Lion on this list, the Lions 2nd leading fantasy scorer at a cost of 3 stars should provide solid stats, his Block rate is leading the BBL and he is averaging 21 fantasy points per game.

Forward – Tayo Ogedengbe – In what was a toss-up between Tayo & Mike Martin I picked Tayo due to his cost, despite only scoring a few less points than Mike so far this season Tayo comes in a whole 2 stars cheaper. In the Heats most recent loss to the Worcester Wolves he finished with 14 fantasy points after contributing 12 points, 6 rebounds and 1 assist.

Centre – Darius Defoe – The league’s 5th overall Centre plays against the Tigers tonight, he finished with a mere 7 points in the Eagles last weekend but the winning streak continued, look for him to step-up tonight.

Guard – Drew Lasker – In one game so far Drew has 24 fantasy points but is owned by a total of 2 teams! As in 2 out of nearly 800! With a 4 star rating he is a little expensive but man can play, he contributed 22 points, 4 rebounds and 4 assists in the Heats loss to the Wolves, if they can get their first win this weekend against the Rocks, Drew will need to play a large part.

Guard – Mike Capocci – Mike is just behind Ralph Bucci as this team’s leader, he scored 25 fantasy points against the Jets on the 4th December and 27 against the Sheffield Sharks on the 3rd if the Wildcats hope to get a W this weekend his play will need to continue.

Matthew Schneck – Injured
E.J. Harrison – May be back this weekend.