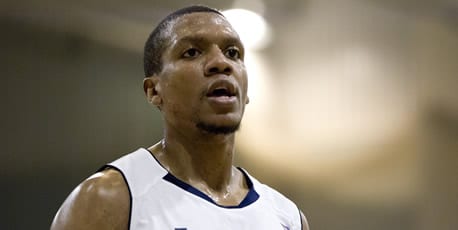 This final BBL Championship weekends tips of this weekend with a total of 8 BBL games starting Friday night with the Mersey Tigers hosting Glasgow Rocks, Champions Newcastle taking on the surging Cheshire Jets and in Sheffield the Sharks host the Plymouth Raiders.

Saturday night see’s the Durham Wildcats host the MK Lions in a match-up of the leagues two bottom teams, while the Leicester Riders hops to get 2nd when they take on the Guildford Heat.

Sunday is the final day of this season’s BBL Championship with the Jets hoping to move up from 7th by going against the 6th seed Sharks, The Rocks host the Wildcats hoping to secure a vital win while the Guildford Heat hope to spoil the Eagles weekend in Surrey.

Forward – Ayron Hardy – The front runner for the BBL M.V.P he can prove deserving this weekend if he can clinch his side a number 2 seed with a win over the Heat, no pressure on Ayron to have a great weekend.

Forward – Tayo Ogedengbe – In the latter half of the season Tayo has been the best player on the Heat proving that he wants to make playoffs and push towards that Championship, his side face potential number 2 Leicester and league champs, Newcastle in what is probably the toughest final weekend for any team.

Forward – Bill Cole/Colin O’Reilly – This position doesn’t change from last week, why? Because although Colin has been a scoring machine, his team wouldn’t be able to win without the rebounding and blocking presence of Bill Cole.

Centre – Matthew Schneck – With the Jets hoping to move up from the 7th seed in playoff’s their guys will have to step up, one of the seasons best big-men, Matthew has been consistently dominant all season long, a double-double threat in every game let’s hope he can polish the season off with some vital stats.

Guard – Ralph Bucci – The Wildcats play twice this weekend and although it won’t be a battle for playoff position a couple of wins will help preserve the pride of the BBL’s newest franchise. Bucci has been one of the BBL’s top guards this season and is a reason the Wildcats have won any games what-so-ever, his last game finished with 22 points, 11 assists and 8 rebounds in what was a near triple-double.

Guard – Cameron Rundles – Wednesday night’s game against the Eagles show why Rundles is one of the top guards in the BBL, with his team needing a win Cameron delivered to the tune of a 15 point, 10 assist double-double.

Guard – Mychal Green – With the Rocks hoping to round out their BBL Championship with 2 wins, who better to face than 9th place Mersey and 11th place Durham, Mychal has been outstanding this season and is the main reason the Rocks sit at number 5 in the table. In terms of Fantasy Value he has also been one of the leagues best guards all season long.

Forward – Demarius Bolds – I almost lost faith in Bolds, a guy who at the beginning of the season was a potential M.V.P  but has since let his stats slip, then Wednesday night he goes out a drops 40 points, 6 rebounds and 9 assists! If he had played this way all season MK Lions would have the playoff’s locked up, instead they sit at 10th overall.

Centre – Deaundre Cranston – The Rocks want to make a consistent final push for playoffs with wins over the Tigers and Wildcats, look for Deaundre to control the boards and put up points in the paint.

Guard – Ryan Patton – The Sharks are another team that play twice this weekend, once against the Raiders and again Sunday verses the Jets, if they hope to keep the 6th seed they need to beat the Jets. Ryan’s 16.75 fantasy points per game have been some of the most consistent among guards this season.