The BBL regular season is coming to a close but there are still some vital fantasy points to pick up. Sam Chadwick casts his eye over this week’s picks. 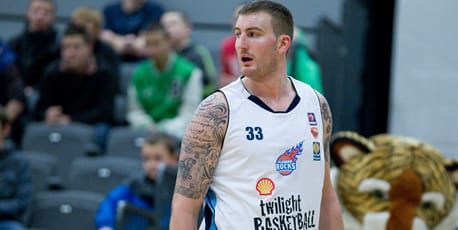 This weekend should be a scorcher with a total of 8 games including newly crowned champions Newcastle Eagles taking on the Mersey Tigers and the battle for playoff positioning reaching full-pelt as Riders, Raiders and Wolves all play, including Wolves against the both the Riders and Raiders, its sure to be an action packed weekend.

Friday has the aforementioned Championship Winners Newcastle Eagles hosting the Mersey Tigers, the Sharks and Rocks battling for 5th and 6th respectively while the Lions look to leap frog the Jets for the final playoff spot.

Saturday night see’s the Durham Wildcats host the Guildford Heat while the battle of the Midlands takes place in Worcester as the Wolves and Riders go head-to-head.

Sunday is the final action packed day with 3 games, the Jets host the Rocks another vital match-up in both teams playoff seeding while the Mersey Tigers host the MK Lions and the Plymouth Raiders and Wolves look to lock up 2nd place.

Forward – Gareth Murray – 17.19 Fantasy points per game with a bargain price of 3 stars, Gareth has been consistently good all season, for the Rocks to strengthen their playoff position he will need to have a solid game against Mike Tuck and the Sharks on Friday followed by the Jets (Colin O’Reilly & Bill Cole) on Sunday.

Forward – Demarius Bolds – The MK Lions need Bolds if they have any hope of making the playoff’s he is one of the best players in the league but unless his team gets wins they aren’t going anywhere, as they play the Jets and Tigers this weekend the playoffs could be closer than expected.

Forward – Bill Cole/Colin O’Reilly – As with the above two this weekend’s games mean more to these two than anyone else, they HAVE playoff position albeit the 8th seed, if they want to keep that position or move up two wins are vital this weekend, pick either or both this weekend.
Centre – Richie Gordon – Paul Williams and his streak of 10 straight double doubles ended last weekend so instead Richie Gordon is a lock for the best centre this weekend, his side have two tough match-ups against both the Riders and Raiders, last weekend the big man averaged 22.5 points per game, 9 rebounds and a few steals and assists (but didn’t make the team of the week!) hopefully he can put up similar numbers this weekend.

Guard – Sherrad Prezzie-Blue – His last two games have been solid, 25 fantasy points per game, when you look at his last match-up with the Riders he had just 5 fantasy points, that doesn’t worry me as he should have a solid game.

Guard – Cameron Rundles – The top guard overall this month just ahead of team mate Bradd Weirzbicki see’s Cameron stick it out in the Fantasy preview for this weekend’s game, despite only playing once.

Guard – Mychal Green – Much to my annoyance (I removed him from my fantasy team with my final transfer) Mychal Green has been just as good since he came back from injury averaging 18 fantasy points since missing two. His Rocks take on the Sharks and Jets this weekend.

Forward – Anthony Rowe – His side want revenge for missing out on the BBL Championship and what better way than to get a potential second place finish with a win over the Wolves, Rowe will need to be at his best if he hopes to down the scorching Worcester side.

Centre – Deaundre Cranston – 17.66 fantasy points per game over the last 3 outings, a value of just three stars and two must win games this weekend? If your starting centre isn’t working out Deaundre should make for a great big man this weekend.

Guard – Joe Chapman – The Eagles may have won the league but that doesn’t mean good players won’t still play, Chapman is on the hunt for an M.V.P trophy to add to his Championship collection this weekend’s game against the Tigers will be the perfect opportunity to pad his stats.

Newcastle Are The BBL Champions After Plymouth’s Defeat
The BBL Week In Words: Featuring Gavin Love, Mychal Green and more!