The BBL is delighted to announce a new set of awards for the end of the season – the BBL Fans’ Team of the Year! 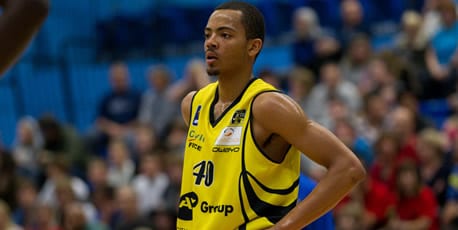 The BBL is delighted to announce a new set of awards for the end of the season – the BBL Fans’ Team of the Year!

We’ve teamed up with two of the most popular BBL fan sites on the web – BBLfans.com and UKAmericanSportsFans.com – to give you – the fans – a chance to vote for your players of the year. From your votes we’ll then put together the BBL Fans’ Team of the Year for 2012.

If that’s not enough we’re also offering a prize to one lucky fan who votes – a Molten Gold Ball, like the ones the Player of the Month and Coach of the Month receive! This really is a special chance to get your hands on a really unique prize whilst also having your say in the Fans’ Team of the Year.

The team will be made up of two guards, two forwards and a centre from our shortlists.

These lists have been created by combining nominations from writers at the fan sites with the BBL’s own rating system. Fans are then invited to cast one vote over on the BBL’s Facebook page and another at the fan site’s.

We’ll start off with the guards, and the shortlist below represents the guards as nominated by the writers at UKAmericanSportsFans.com combined with the BBL ratings system and based on a minimum number of games played:

You can vote for two players to make the team – cast one vote at on the official BBL Facebook page here and another at the UKAmericanSportsFans.com site here. We’ll combine votes and announce which guards have made the team early next week before we begin our votes for the forwards.

One small caveat is that you can only vote for one player per team per position – meaning that if, for example, you were to vote for Joe Chapman then your other guard couldn’t be another Newcastle Eagles player (although you can vote for one at forward and/or centre). Anyone found voting for two players from the same team at one position will have both of their votes at that position deemed null and void.

We would also ask that fans be respectful and vote for players who they think has performed the best during the season, rather than voting on popularity or for their favourite players.

Congratulations to all players who made the shortlist – and good luck in the final vote!