BBL clubs need to push their own media presence

The tip-off blog here on BBLFans.com has highlighted the potential futility of hanging all of British Basketball’s hopes on the Olympics and I have to start by saying Iargely agree, there are much wider issues that need to be addressed, writes Chester Chronicle journalist Alec Doyle. 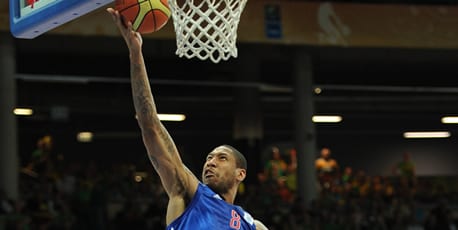 The tip-off blog here on BBLFans.com has highlighted the potential futility of hanging all of British Basketball’s hopes on the Olympics and I have to start by saying Iargely agree, there are much wider issues that need to be addressed.

But the Olympics is important, not just for the sport and it’s fans, but also the media expected to cover it. I know of one major local paper which has asked a fan of a BBL team to send in Championship reports because they have no-one in their office who understands the sport, something they openly admitted to the team.

When a sports reporter cannot be bothered to learn about a sport that is a sad state of affairs but it is one which the Olympics does a good job of rectifying.

I remember not understanding a single solitary thing about curling, gymnastics and a myriad of other sports when I started this job, but thanks to the Olympics, and local people who were involved with those sports when they grabbed the public’s attention, I picked up the knowledge to cover them.

That is what the Olympics can do. If Sully, Deng, Clark and whoever else is selected for Team GB can excite the viewers, post an upset or two and cause a stir then the media will soon learn about the game and how to report it.

What the BBL has to do, and this may come down to individual clubs rather than the league, is to work with their local papers and TV stations.

I can tell you without fear of revealing a huge secret that the media, particularly at a local level, is feeling the force of staff cutbacks in the recession. Despite this I continue to cover the Cheshire Jets quite intensively in print and online.

This is partly thanks to the help I get from the club in terms of access to players and coaches, content that they provide or help to provide, and always having someone I can contact to speak to about particular issues and stories as they arise.

Other clubs in the league would do well to try a similar tack, arranging meetings with the sports editors of their local papers and trying to find a way to ensure there is at least a weekly presence in the paper and on it’s website.

Clubs need to then help to showcase the stories to attract readers, which should help grow interest in the clubs and encourage media outlets that there is a demand for content.

I have taken some criticism for this from online basketball fans in recent months but I stand by it, professional sport is not free. Clubs need fans to attend games, buy merchandise and see advertising boards to pay players’ wages, media outlets need an audience they can put advertising in front of in order to survive. If we work together, the end result is an increased profile for British basketball and possibly a boost for local media, who will tap into a sport that will seem to many readers gorged on a diet of football and rugby to be exciting and fresh.

It will not be easy convincing the local media to get on-board for the long haul, but it will be worth it if it helps the game to grow in this country.