Assistant coaches rule, social media policy and that half-way shot at Guildford last week – all in the latest BBL Shorts. 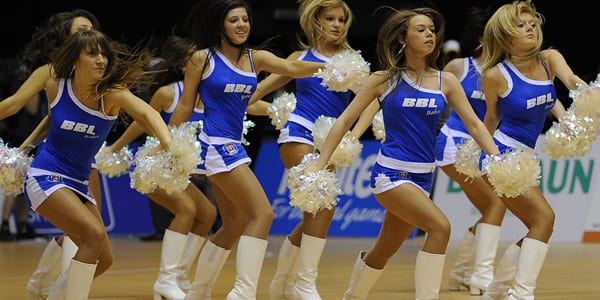 Assistant coaches get the job done

It’s been quite a couple of weekends for assistant coaches in the BBL. Last week, Mersey picked up only their second away win of the season at Guildford under the stewardship of assistants Neal Hopkins and Phil McLoughlin, owing to the absence of Tony Garbelotto, who served a one-match suspension following the Cheshire defeat the previous week. And in the weekend just done, Leicester coach Rob Paternostro was unable to attend their game against MK Lions due to a family emergency, but his assistants Lataryl Williams and Phil Gleadall were able to steer the Riders to an important victory.

Garbelotto and Mersey came up against one of their favourite sons on Friday, as James Jones returned with the Plymouth Raiders. And his impact at the Tigers will never be understated by Tony G, who said in his programme notes: “He was with me and the team at everyone of the clubs five major trophy wins. I am sure you all have your favorite Tigers players, but I can tell you there will never be a more effective player that will wear this clubs uniform and I cannot say more than that.” Praise indeed.

While the Heat team struggled at home to Mersey Tigers on Sunday, one fan certainly didn’t have trouble impressing the crowd during the half time break, landing a half court shot with his back to the basket. The scorer was 14-year-old Christian Beale. Rumour has it Creon asked for his number after the game. Check it out below.

I bet Durham players and fans alike weren’t rushing to catch the Wildcats’ TV debut against Leicester last week. They were beaten 97-69 at home by the Riders, and had to sit through the whole game on SKY Sports on Tuesday evening. Fortunately, the Wildcats get a chance to redeem themselves against Mersey Tigers on Sunday, in a game which promises to be a lot more competitive. Elderkin said: “We had our big moment on TV and it was good to see another good crowd, but we didn’t play as well as we can. We’re looking forward to another shot on TV when we face Mersey.”

It will be interesting to see what the planned BBL social media policy states. Social media is particularly important for sports such as basketball, and the chance to communicate with players, coaches and clubs directly helps to spread the word. Of course, people need to be responsible, but let’s hope that the BBL don’t get all draconian like the FA have with tweeting football stars.

Got any interesting snippets for BBL Shorts? Email news@bblfans.com.