Anthony Martin may lose out to versatility

Plymouth coach Gavin Love may be forced to lose point-guard Anthony Martin as he looks to shape a versatile seven-man roster for next season. 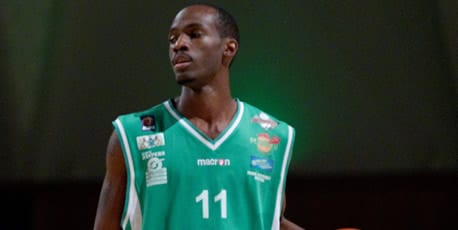 Plymouth coach Gavin Love may be forced to lose point-guard Anthony Martin as he looks to shape a versatile seven-man roster for next season.

Martin, 31, may be a victim of the Raiders’ decision to cut two spaces from the nine-man roster they carried in 2011/12, due to his apparent inability to play in any other position.

The three players Love has secured for next season – Colin O’Reilly, Anthony Rowe and Drew Lasker – can all play different roles on the court.

“He’s a very good player in the BBL and he proved that yet again last year.”

“We have to look at versatility on the team and the structure of the team this year, and what works.”

The recent arrival of O’Reilly is likely to spell the end of Jamal Williams’ brief south coast career. The former Mersey Tigers forward rejected a one-year deal offered to him earlier in the summer, and that deal is no longer on the table.

Another man offered a new deal was fellow forward Lehmon Colbert, but he hasn’t made much contact with the club and appears likely to explore opportunities abroad.