Glasgow Rocks have followed up the re-signing of Gareth Murray by retaining Canadian forward Andrew Wedemire. 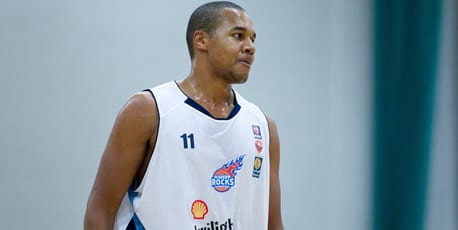 Glasgow Rocks have followed up the re-signing of Gareth Murray by retaining Canadian forward Andrew Wedemire.

Wedemire averaged 10.3 points and 5.9 rebounds in 36 BBL games for the Rocks last season, and becomes the third man on Sterling Davis’ roster for 2012/13.

He said: “I am thrilled to be back in Glasgow this season. Our team had the ability last year to win the championship and I hope this year we can realize that goal.”

Hailing from Sarnia, Ontario, last season was his rookie year as a professional, having spent his senior year with Western Mustangs.

“The biggest positive we saw in him was his progression and ability to adjust as the season went along. I feel he has a lot more to give this league with his talent and we’re glad to have such a quality player and person back in our jersey.”